Giving Your Stories a New Chapter 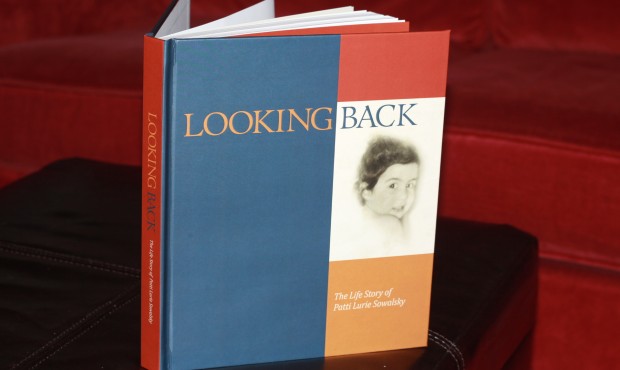 Giving Your Stories a New Chapter

In the fall of 2018, my client Patti asked if I would help her publish her book. We had worked together a few years earlier, creating a life story video as well as a photo scrapbook with captions. But writing and designing a full book? That felt out of my league.

I kept telling her I could refer her to other people - people that specialize in writing books - but she insisted on only working with me. So about a year ago, we embarked on a journey together to edit and design her autobiography in book form.

The finished copies came back from the printers last week, so I decided to interview Patti on why she chose to create this book and what the process was like. I was truly curious and thought it might help people who only know about video histories to learn more about written ones.

DMB: What made you decide to create a book about your life, even after you had completed a video?
PATTI: I think they're both very valid.  I really enjoyed our video because I videoed with my husband and I videoed our art collection. But it just was in my mind for many years to do this, and then I figured I was not getting any younger. If I was going to do it, I’d better do it now. You had done such a beautiful job on my photographs book that I really wanted to embellish the story so my grandchildren could take it with them into the future and always have me with them that way.

DMB: How is the process of writing different than doing a video?
PATTI: Writing is very different. It's not immediate. You can plan what you want to say and where you want to put things. I was very happy that I had had an afternoon with my mother's family where I gave them a little wine and they did a little talking, so I had memories from that to put in, and it just seemed to build. And then when (my husband) Jerry retired and wasn't going to write a book about his experiences, I decided to interview him and include him in the book because we were so much a part of what he did. I’ve always loved to write, and my mother always said, I wrote like I spoke, so it really flowed from my fingertips.

DMB: Where did you start the story from?
PATTI: I began with my father's family, which was huge. I knew them all, and I was able to just enjoy writing what I remembered of them because we were very close for many years. And then I did the Weisingers, who were my mother's family, and I always heard stories about the children and what they did – going to the movies in their Uncle's theater and what it was like, and I wanted to capture the flavor of the eras that my ancestors lived in.

DMB: Why was it important for you to do this project?
PATTI: My grandchildren are the best thing that ever happened to me, and I love them dearly. I don't want to die. I wish I could be here to see their lives forever. But this way, at least, when they have their children, and they go on in the future, they'll have me to remember with the book, and the experiences that I had. Like, for example, there's a section in there about getting our first TV. I mean, can they imagine life without TV? Or having a party line for the telephone, and what that meant and what it was? Things like that.

DMB: What was their reaction after reading it?
PATTI: They love it. They just love it. And when they get older, they'll realize that this is a story about decades – certain decades through my eyes.

DMB: You originally didn’t want us to work with a book designer. Talk to me about how in the end that made such a difference.
PATTI: She did a great job. She altered some photographs so they were not as dark, for example, or she filled in some areas that might have been ripped in a photograph. We have this formal picture of the Lurie family – and what she did was - as I talked about each Aunt, she took their face from the larger picture, and pulled it out and put it near the explanation of each one by itself, so that was really creative, I thought.

And of course, the family tree – what a nightmare! A family tree is normally something most people can do on their own. But I collected so much information that the branches were incredibly large. I think I went up to seven or eight generations. And it was very hard to lay out. But she broke it down and laid it out, according to family, and the way she did it with her color codes was terrific, because it didn't take up much space. You never could have done a family tree in a conventional manner! 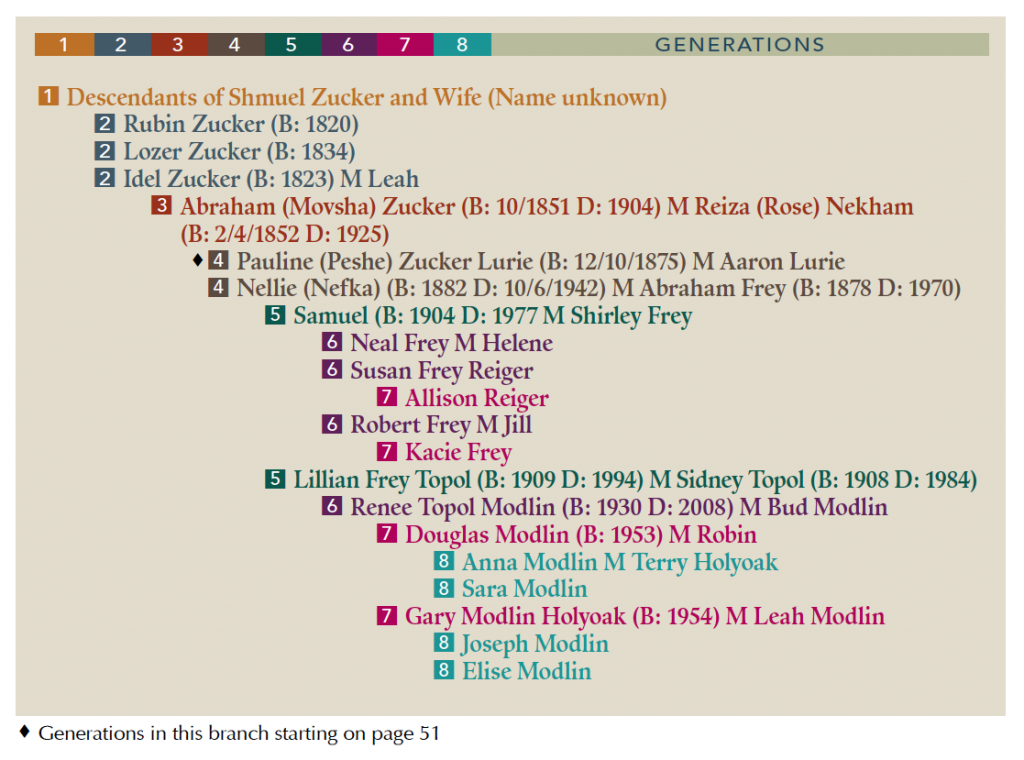 Me: How do you feel about the project now that it’s complete?
PATTI: I really couldn't have done it without you. You were a terrific editor. It’s fabulous and I'm thrilled that I did it. It’s like a little treasure, for me and for my family. And I'm sorry that it's over. I just really enjoyed it. And I wouldn't have had anybody else do it with me. Anybody out there - you want a terrific editor - here’s your lady!

While our core specialty is helping families capture their stories on video, we are pleased to be able to help clients who want to expand or create projects into a book. Please get in touch with us to find out more.