It's Not For You 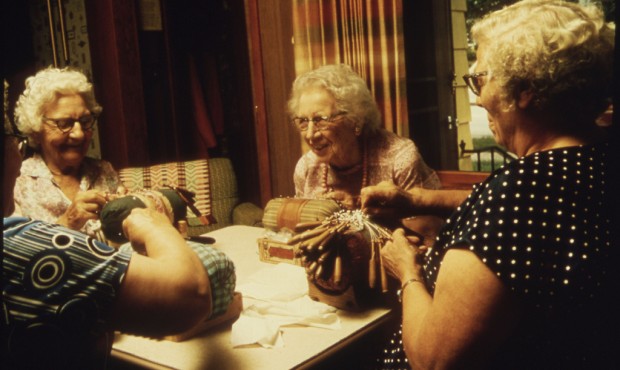 It’s Not For You

A few weeks ago, I gave a talk to the residents of Maplewood Park Place, a senior living community in Bethesda, Maryland. As with many talks I’ve given before, the thought was to emphasize the importance of capturing your story on video and preserving your legacy for future generations. But there was something I realized I needed to sell them on before I even walked into the room... the concept of video itself.

This post-Boomer audience is stereotypically not a generation comfortable with the digital age. Unlike their grandchildren and great-grandchildren, their every moment has not been captured with an iPhone and a Tweet and shared with the world so we know what they're doing at all times. They may have some old photos, or even film footage, but that’s about it. So I shared with them that while technology may be a foreign concept to them, it is what the younger generations thrive on like air. I shared some video clips and they did seem to understand.

As they were leaving, I approached one woman and asked what she thought of the idea of video. She said that though she could see the value to her kids, added “I don’t think it’s for me.”

Her answer bothered me all evening, until I finally had a Eureka-like moment.

She’s right, I thought. It’s NOT for her. It’s not for her at all! It’s for her kids and her grandkids and for the generations that haven’t even been born yet. It's so they can know her family stories and remember what she looked like and sounded like and what her personality was like.

There have been so many family projects over the course of the last almost ten years that haven’t happened, and for the majority of them, it wasn’t because of money or logistics. It was due to the resistance of the honoree, usually an elder. They weren’t comfortable being on camera and sharing their story.

So the next time you’re thinking about doing a video for an older relative, and you start to get some push back with this similar sentiment of it "not being their thing" or not being for them, please share my new favorite response - “You’re right - it’s not for you!"

If they are like the typical parent or grandparent who would do anything for their children and grandchildren, remind them that one of the greatest gifts they can give, that will last far beyond any material item, is the gift of themselves and their stories on video.