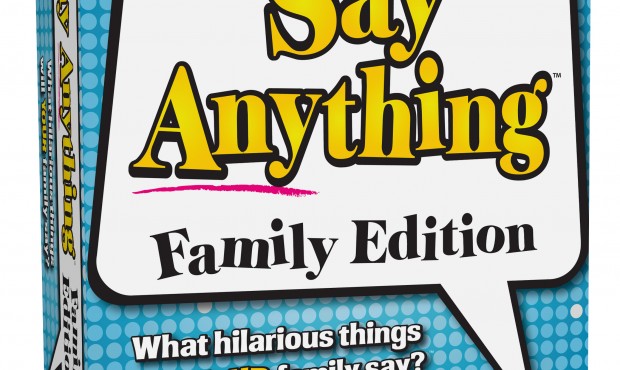 In DIY Tips With 0 Comments

Many people have a tradition of waking early the day after Thanksgiving and hitting the stores to get the best deals on gifts - also known as Black Friday.

I'd like to suggest a different tradition this year that may likely give you your best bargain yet. Friday marks the National Day of Listening, spearheaded by StoryCorps, the folks who've helped more than 40,000 people record their stories since 2003. The premise is this: after you've spent Thanksgiving day eating and catching up, you take some time the next day to record the stories of your elder relatives.

I was recently speaking to a filmmaker friend about his plans for Thanksgiving. He mentioned he'd be seeing his Dad, who is showing early signs of Alzheimer's. When I said, "Well of course you'll be taking your camera and recording his stories?" he was actually surprised.  He'd been so focused on what was going to be difficult and missing this holiday, that he hadn't stopped to consider what he did have and what he could do.

With that in mind, I'd like you to consider four ideas for seeing what you CAN do this day after Thanksgiving to celebrate the National Day of Listening, using what you DO have:

1) Interview Your Relatives on Video

I know I talk about this one a lot, but I want you to remember this - if you have a phone, you have a video camera, so don't let that be an excuse. People are doing some amazing things with iphones, and this video from Wistia is a fantastic primer for doing just that.

2) Record Your Relatives with Simple Audio

Though video is my preference, sometimes it's not ideal for every situation. Maybe your relative is resistant to cameras, but would be OK with audio. Or maybe your relative is halfway across the country. Fear not! I recently completed a "video" for a nonprofit on a shoestring budget by recording stories of faraway members via phone. If a nonprofit can show a video like this at a huge gala, you too can use audio to record a family history interview. (Idea: Put them on speakerphone, and then record the audio with your iphone or low-cost audio recorder.)

Sometimes the easiest and quickest way to do something is the old-fashioned way. Sit down on the couch, ask some questions, and start writing down the answers. Check out the Do-It-Yourself Instruction Guide on the StoryCorps site.

If you can't uncomfortable just trying to envision your family sharing their stories, why not get them in the mood by playing a game? There are so many great games that help people start meaningful conversations. Here are two we like:

Say Anything Family gives families an opportunity to settle questions that have been hotly debated for years. And besides getting the family to talk and laugh, the best part about it is there are no right and wrong answers.

Loaded Questions is another great family game that gives players 200 "Cool, Creative and Hilarious Questions" that will definitely get your family talking.

However you get your relatives talking and recording their stories, know that this will be a gift that will last for years to come - and a much better value than that Black Friday Deal you were thinking of camping out for...